God is a Zionist, and He Hasn’t Changed His Mind

Zionism is the recognition of a Jewish homeland, an organized return of the Jewish people to Zion. The word ‘Zion’ represents Israel, though biblically it originally referred to Jerusalem (see 1 Sam. 5:7; 1 Kings 8:1, Psalm 51:18, Isaiah 4:3).

It is this return of the Jews that Israel’s neighbors resent. Much of the Muslim world has never acknowledged Israel’s right to exist, hence the continuation of war and terrorism with which we are becoming all too familiar.

All the nations will stream to it

God is a Zionist. Though He now commands us to reach out with the Good News to the Jew first, He is prospectively concerned with the return of the Jewish people to Zion (Jerusalem and the land of Israel). Consider these Scriptures: “Now it will come about that in the last days the mountain of the house of the LORD will be established as the chief of the mountains and will be raised above the hills; and all the nations will stream to it.

And many peoples will come and say, ‘Come let us go up to the mountain of the LORD, to the house of the God of Jacob; that He may teach us concerning His ways and that we may walk in His paths.’

For the law will go forth from Zion and the word of the LORD from Jerusalem” (Isaiah 2:2); “Listen! Your watchmen lift up their voices, they shout joyfully together; For they will see with their own eyes when the LORD restores Zion” (Isaiah 52:8);

I will not forget you

And though now one third of the world’s Jewish population has returned to the Land, at that time national Israel will trust in Yeshua’s atonement, then Messiah will return, and all this will be perfectly fulfilled!

In light of all the troubles that Israel has endured, one might think that perhaps God has changed His mind and has forsaken Zion. Not true. Though even the Jewish people might think this, it is never the case.

“But Zion said, ‘The LORD has forsaken me, and the LORD has forgotten me.’ Can a woman forget her nursing child and have no compassion on the son of her womb? Even these may forget, but I will not forget you. “Behold, I have inscribed you on the palms of My hands; Your walls are continually before Me” (Isaiah 49:14, 16).

“For I will restore you to health and I will heal you of your wounds,’ declares the LORD, ‘Because they have called you an outcast, saying: “It is Zion; no one cares for her’” (Jer. 30:17).

God actually chose Zion (not Mecca, Rome, or Salt Lake City) as the place where He would dwell with His people. “For the LORD has chosen Zion; He has desired it for His habitation” (Psalm 132:13).

In fact, the Lord’s future millennial Headquarters will again be Zion. “’ Sing for joy and be glad, O daughter of Zion; for behold I am coming, and I will dwell in your midst,” declares the LORD” (Zech. 2:10).

For when Yeshua returns, He returns to Zion: “Then the LORD will go forth and fight against those nations, as when He fights on a day of battle. In that day His feet will stand on the Mount of Olives” (Zech. 14:3,4). “Therefore, He will dwell there in the Kingdom age.

What is Yet to Come…

What we have seen happening with the United Nations and many surrounding Muslim countries is a realistic picture of what will be in the not-too-distant future, an all-out attack on Israel.

“For I will gather all the nations against Jerusalem to battle, and the city will be captured, the houses plundered, the women ravished, and half of the city exiled, but the rest of the people will not be cut off from the city” (Zech. 14:2).

All the nations coming against Israel would be impossible without a “United Nations”! The area around Jerusalem, particularly the north side, which is most vulnerable to attack, could never contain all nations. Only an army representative of all the nations can fulfill this Scripture.

Consequently, God will then give over the nations to their own evil desires and wicked ways (Rom. 1:24-28) and will bring them to where they will be seen for the anti-God communities that they are, for anti-Semitism is anti-God! “For behold, Your enemies make an uproar, and those who hate You have exalted themselves. They make shrewd plans against Your people and conspire together against Your treasured ones.

They have said, ‘Come, and let us wipe them out as a nation, that the name of Israel is remembered no more.’ For they have conspired together with one mind; against You they make a covenant” (Psalm 83:2-5). And anti-Zionism is just another word for anti-Semitism!

Yeshua will stand upon Zion

This attack will bring my people to call upon Yeshua (Zech. 12:10), then He will return to defeat the Anti-Messiah and his anti-Semitic hordes (Zech. 14:3), and Yeshua will stand upon Zion in ultimate, eternal victory.  “In that day, His feet will stand on the Mount of Olives which is in front of Jerusalem” (Zech 14:4, see also Rev. 14:1).

Understand, all of this pictures our present spiritual battle in which we are all called to ‘fight the good fight’: “For we battle not against flesh and blood, but against spiritual forces…” (Eph. 6:11).

Since Yeshua’s return to planet Earth is linked to Israel’s repentance and faith in Him as Savior and Lord/Adonai (see Matt. 23:39, Zech. 12:10, Acts 3:19-21), hence Satan’s desperate strategy to destroy the Jews before they recognize Yeshua as their Messiah.

Part of Satan’s strategy is to prevent believers from “praying for the peace of Jerusalem” (Psalm 122:6) by obscuring the issues with three lies:

1) That Israel has no biblical right to the Land or Jerusalem, 2) that ‘true peace’ can be obtained through political means and 3) the greatest of these, that God’s only provision for Israel’s spiritual need: the forgiveness of sins through Messiah Yeshua is unnecessary!

Therefore, let us not be deceived by the great deceiver, let us pray and proclaim Good News to Israel while we can! Word of Messiah has been helping with outreach in Israel as we’re doing zoom training in Israel throughout the pandemic.

As long as the opportunity remains open, we want to proclaim Messiah, Who is the only hope for peace in that troubled region.

No one is neutral

Will you pray? Will your congregation pray? No one is neutral in this spiritual battle, but we can be neutralized by the enemy’s deception. Therefore, please pray:…

That we may be effectively used for Messiah’s sake as we produce more materials for Jewish outreach;

That we will continue to have our materials published in Hebrew, Russian and Amharic (Ethiopian), distributed in Israel, and have the resources to cover costs;

For a harvest of souls. His grace is sufficient.

It is incumbent upon all who live here to repent and pray for mercy upon our country, as well as Israel.

Sam Nadler is founder and president of Word of Messiah Ministries. After coming to faith in Yeshua on January 10, 1972, God gave Sam Nadler a great burden to share Messiah with other Jewish people. In his forty years of Messianic ministry, Sam has focused on raising leaders who plant Messianic congregations and make disciples. 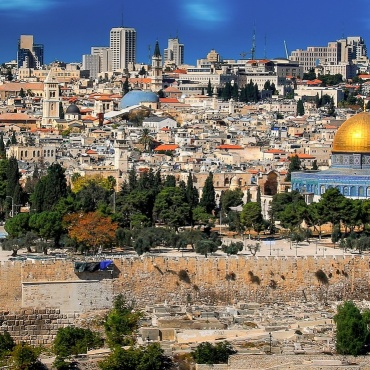 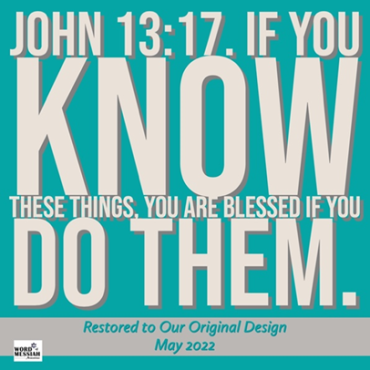 Shavuot: The Firstfruits of Weeks

Messiah in the End Times